I sat with Amira in that impossibly small, claustrophobic examination room at the paediatric walk-in clinic, while the doctor listened to her heart for several minutes.

When was the last time the doctor listened to your heart for longer than 10 seconds?

Minutes, people. Like, I was wondering if the doctor got lost in her own thoughts and forgot what the hell she was doing.

Finally, the doctor looked up and said, “She needs to see a paediatric cardiologist.”

In that moment, the world stopped. I had brought Amira in because I thought she had an ear infection. The last thing I expected was a referral to a paediatric cardiologist.

But there we were, sitting in this office, with this doctor who couldn’t have been more than 25 years old telling me that my daughter’s heartbeat was highly irregular, and that it was imperative she see a specialist as soon as possible.

Amira wasn’t even two years old. What the hell do you mean she has to see a fucking cardiologist??

Late that night, I crept down to Amira’s room and picked her up in my arms. I sat down with her in my lap, and put my head to her chest while she slept, listening for whatever I had missed. I mean, how could she be so sick that she needed so see a cardiologist? 8 hours ago, I was tearing my hair out because I was worried she was developing an ear infection. I was not prepared to deal with this. I was barely prepared to deal with an ear infection. Anything wrong with her heart was just out of the question.

I know a lot of people say a lot of shit about doctor wait-times in Ontario, but I got a call the next day from the cardiologist’s office, with an appointment for Amira the day after.

I remember sitting at my desk while Amira napped just before we went to the appointment. I remember crying uncontrollably, terrified that this visit would start in the doctor’s office and end in the hospital, or worse. The fact that we were supposed to be moving to Costa Rica in less than a month was the furthest thing from my mind. Every worst case scenario crept into the recesses of my brain, threatening to destroy me.

I thought about all the things I could have done to cause this. Was it because I had problems breastfeeding? Was it because I gave her formula? Was it because I didn’t give her enough spinach? Was it because I let her play at the construction site down the street on the weekends when there was no one there? She loved to climb on the bulldozers – but maybe there was something in the air there that had made her sick. Maybe I gave it to her. Because I have a benign heart murmur. Maybe my non-condition translated into an actual condition in her tiny body, that was threatening both her life and mine.

I remember sitting in the office of the cardiologist, while she sat and played with Amira for the first 10 minutes of the appointment. I was sitting there thinking, “Lady, something is wrong with this child. Why are you playing with trucks and Elmo stickers? FIX HER.” But she took her time getting Amira comfortable before she reached for her stethoscope.I guess she knew what she was doing. I was about to have an aneurism.

Finally, she listened to Amira’s heart. For a long time. She asked me a ton of questions about her eating habits (great), her activity level (non-stop), her sleep (pretty good) and her general cognitive development (Um, are you listening to her talk?). She did an ECG on her, and even called in another cardiologist, who spent the whole time having a conversation with Amira about the different types of construction equipment this not even 2-year-old was familiar with.

And Amira was fine. She is fine. The cardiologist told me that kids will have moments of arrhythmia, but given that Amira’s general health was perfect, she was probably fine. She said Amira may develop a heart murmur similar to mine when she gets older, and it would probably be fine. She gave me her card, and even wrote her personal cell phone number on it, telling me to call her if I had any questions or concerns. The doctor was great. And my daughter was fine. 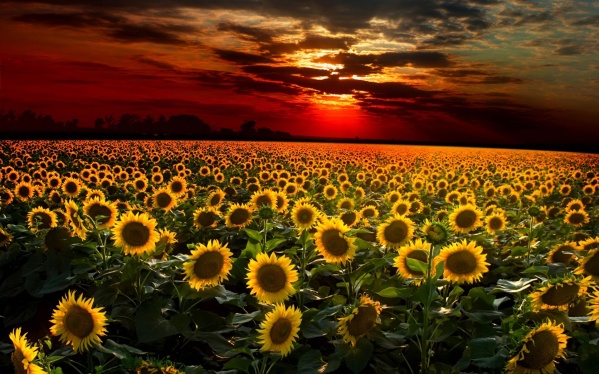 1. I support the rights of gay people to live without persecution, with all the same rights and freedoms as everybody else.

2. I support the rights of women to make their own choices with their bodies.

3. I believe in government-funded healthcare and education.

4. I support Black Lives Matter, and I tried to join the NAACP.

5. I believe that the entire criminal justice system in the United States needs a complete overhaul.

6. I think I will break if I see one more video of a black man being shot in the street.

7. I don’t like to eat animals, because I think it is mean to the animals, and that matters to me.

8. I am against routine infant male circumcision.

9. I support the right of the Palestinian people to live with dignity and humanity.

10. I support the right of Israeli’s to live in peace and security.

11. I believe there is no place for religion in the school system.

12. I think it is utterly shameful that in Ontario, public money is used to fund Catholic schools.

13. I think most of the news media is entertainment, not journalism.

14. I think that large-scale animal agriculture is the biggest threat to our planet.

16. I cried when it was over for Bernie Sanders.

17. I believe that if everyone doesn’t have them, they’re not rights, they’re privileges.

18. I believe that injustice will never be abolished until those who are served by it are outraged by it*.

19. I believe we’re all just walking each other home*.

*With special thanks to Plato and Ram Das for being more eloquent than I could ever be.

Me: “Hey B, your boy got TRUMPED last night!”

In the gym today, I got myself tangled up in a conversation I didn’t want to have. It started innocently enough about music, but I should’ve known it would devolve into a pile of shit when he told me that rap music hasn’t been good since Marky Mark. (True story.)

It didn’t take long before the conversation turned political, and it became very clear very quickly that I was speaking to a Trump supporter.

And so it began. Him spewing his right-wing nonsense, and me smiling and nodding and “uh-huh”ing and “oh really?”ing and not arguing with him. Because I knew I couldn’t and wouldn’t change his mind.

I admit, I did get a smug satisfaction when I informed him that Gennifer Flowers was, in fact, not going to be in the audience for the debate tonight.

So about that debate:

I don’t think anyone’s mind was changed tonight. Trump supporters love him because he’s an idiot. Hillary’s supporters can’t stand the idea of a Trump presidency. And I don’t think either of those camps shifted today.

But after all the shit he has said about women over the years, it was a real moment for me to watch the first woman in a Presidential debate laughing at him on stage. And he deserved it.

She mopped the floor with him.

I can’t wait to go to the gym tomorrow.

I had a visit from my grandparents last night. I used to call them dreams. But a few years ago, I had an eye-opening — a heart-opening — conversation with my amazing cousin Farhan, and he introduced me to the idea that these were not just dreams, but visits.

Now, my belief in a world beyond our own heartbreaking reality is equal parts shaky, desperate, deep and nonexistent. But I have to say, something about what Farhan said really stayed with me. Because it felt true. It hadn’t felt like a dream. It felt like a visit. And so it was.

Visits from my grandparents aren’t new. The first one was a couple of months after my great-grandmother died. She and I were pretty close, and she passed away one night in her sleep. As far as little old ladies dying, hers was kind of ideal. She wasn’t sick. She wasn’t immobile. She was just old. And done. But still, I was heartbroken.

A couple of months after she passed away, I had a dream that she was sitting on a couch across the room, with her two daughter-in-laws beside her. I missed her, and I started crying. I asked her, “Where did you go?” And she responded, “I’m right here.”

My grandparents visited me several times after Amira was born. In one of them, I asked my grandfather what he was doing there. He looked down at Amira in the stroller I was pushing and said, “I just came to see her.” He always wanted lots of little girls in the family. There’s no doubt in my mind that he came to see her.

And then anything I wanted to say that was funny or smart or interesting, anything I could say that could touch or move you, was gone. Because I see all this stuff and I know that it’s there and then all I can say is, “Fuck. Everything is broken. It’s just all broken and it’s never going to get fixed.”

It’s not eloquent. It’s not even interesting. But I kept my commitment to myself. Even when everything else is broken.

As of today, there are 100 days left in the year. Two years ago on this day, I began a 100 day challenge to play guitar every day. And in the following hundred days, I hosted two sets of visitors, I had laser eye surgery in San Jose, I got Hepatitis A and I travelled back home to Toronto. And I didn’t miss a damn day. I played that guitar every day for 100 days, and by the end of it…well, I wasn’t good at playing the guitar, but I was a whole lot better than I was when I started. I learned how to play the guitar.

This year, I’ve decided to take on two challenges for the last 100 days of the year. The first is to blog every day. It doesn’t have to be anything major, or deep, or even my own writing. Some days it may be a poem, a song or a video. But more often than not, I’ll write something. It won’t always be great, but it will get done. And for now, that’s a good start for me.

The second challenge is to hoop every day. I got into hooping (yes, hula hooping. Though this is more than just hula hooping – it’s hoop dancing.) about 7 years ago. But much like with the guitar, I picked it up and put it down and started and stopped a hundred times, but never really gave myself a fair shot to practice consistently and get good at it. So every day for the next 100 days, I’m going to hoop. There is only one rule: At least 10 minutes a day. I can do whatever I want with the hoop, but it has to be for at least 10 minutes every day.